What Is A Sharia Compliant Wills According To Islamic Law? 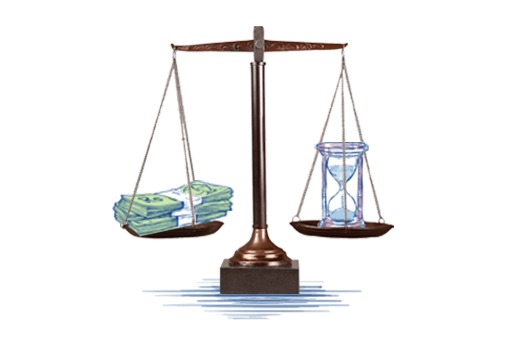 What Is A Sharia Compliant Wills According To Islamic Law?

Islamic Law of Inheritance According To the Quran and Sunna In Islam, there are defined clear-cut rules for making a shariah-compliant will.  The science of shares regarding the rules governing inheritance is although somewhat complicated and needs proper assistance. A person who needs to create will first understand that adequate making for a will. He can do so by using sources like the Quran and Hadith. “miraath,” is an Arabic term that defines assets to be divided from the descendant’s property to his successors, as stated in Shariah. No, the question is what is the will and why it is essential.

Purpose of the creating will

The main aim of shariah-compliant wills is the proper distribution of wealth among the family. It is a Quranic verse that the children or parents have the right to get benefits. It is the portion that is ordained by Allah. Therefore, Muslims need to create a will if they have their properties and assets. Moreover, its purpose is to maintain family bonds. Plus, to prevent making any harsh decisions. It helps in an equal distribution of wealth. People don’t have the right to inherit or disinherit a family member. They have to make a will that shows an equal distribution of the assets among the members.

Shariah Law for Will and Estate Planning

Distribution of wealth according to law

Sharia Compliant Wills are those that are in compliance with the Sharia, or Islamic Law. Sharia is a set of principles that govern all aspects of Muslim life, including marriage, divorce, Inheritance, and business transactions. In the case of inheritance, Sharia dictates that certain relatives must be given preference over others. For example, a Sharia Compliant Will may give a larger share of the estate to a husband than to a wife. In addition, Sharia may also dictate how property is to be divided among children of different genders. As such, it is important to consult with a Sharia scholar when drafting a Sharia Compliant Will.

In the Quran, Muslims can learn how to distribute wealth and property.  Although it is not simple to understand. It is better to seek guidance from Islamic scholars who can clearly define various terms regarding shariah-compliant wills and distribution procedures. Moreover, one can get guidance from the various Hadith quoted from time to time or learn of the proper distribution of wealth. The specific rules or procedures for Shariah-compliant wills are

First, it is the heir’s right to clear the payment of the debts and expenses that must not be remaining until the death of the decedent’s death.

After that, the calculation of the whole wealth is to be made to distribute among the successors.

The property is distributed in a way that all members, including wife, daughter, and son, get the wealth according to the Shariah.

What if the will is not created before death?

In case, if the person has not created his will, then the heir can claim in court that will distribute the property according to the principle of the shariah-compliant will. Along with spouses, children, parents, and other family members following cannot become part of the inheritance.

The court, after reviewing the situation, makes a list of eligible members and distributes the wealth according to Shariah-compliant wills laws. It is his duty first thoroughly to understand the situation, call members liable for getting a will, and then make a decision as quoted in the Islamic rules.

Want To Get Shariah Compliant Will Written By A Consultant? Fill out The Form Below: